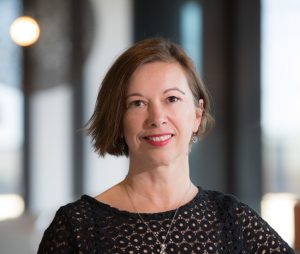 Hobson Leavy is thrilled to announce the appointment of Christine Spring as a new director for NZ Windfarms.

Ms Christine Spring will join the Board from 1 March 2021. Her appointment is to fill the vacancy left by Mr Philip Lennon, who retired on 31 December 2020.

Christine’s appointment is part of those next steps. She will provide the Board with further depth on making a commercial re-power decision that is focused on delivering shareholder value. Going forward she will also be part of the team to determine whether NWF can look beyond its single asset to provide value to its shareholders.

Given that Ms Spring was appointed by the Board of NZ Windfarms to fill a casual vacancy, she will be required to retire at the next Annual Meeting of Shareholders to be held later this calendar year. It is anticipated that she will seek election at the Annual Meeting.

Ms Christine Spring, says “I am delighted to have the opportunity to join the Board of NZ Windfarms. I see the business playing a small but important role in the decarbonisation of the electricity sector and I am delighted to be able to contribute to that from a governance perspective. This company has some important milestones ahead as the Board and management position the business towards future opportunities”

As a reminder, Mr John Southworth, Mr Patrick Brockie and Mr Mark Evans have all previously been declared Independent Directors, making the entire Board independent.

Hobson Leavy is pleased to announce the appointment of Lucy Wills to Landcorp Farming as their new General Manager People and Capability. …

Hobson Leavy is pleased to announce the appointment of Greg Ford to the role of Regional Manager, Auckland for Leighs Construction.   …

Becky Lane appointed as a Senior Associate at Wynn Williams

Hobson Leavy is delighted to announce that Becky Lane has been appointed as a Senior Associate at Wynn Williams.   Becky joins …