Hobson Leavy is thrilled to announce the appointment of Nilesh Mistry as Chief Operating Officer for Fisher Funds.

Originally from Wellington, Nilesh will move from his current Singapore-based role as Asia-Pacific head of specialist IT firm, World Wide Technology (WWT).

Prior to WWT, Nilesh spent 10 years in senior technology positions for JP Morgan in Singapore and New York, where he most recently was chief technology officer in charge of JP Morgan’s digital consumer banking.

Nilesh began his career in Australasia, serving in various high-level technology roles with Citigroup over nine years before a two-year stint as Westpac IT program director in Sydney.

Please join us in congratulating Nilesh on his new role. 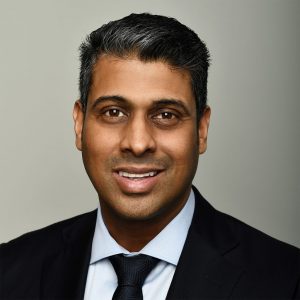 Hobson Leavy is delighted to announce that Rebecca Russell has been appointed as the new Chief Executive Officer of Auckland Rugby League, …

Hobson Leavy is thrilled to announce the appointment of Renee Tourell as Chief Operating Officer for MMC.   Renee brings …

Hobson Leavy is delighted to announce that Susan King has been appointed as the inaugural General Manager for McVeagh Fleming.   A …