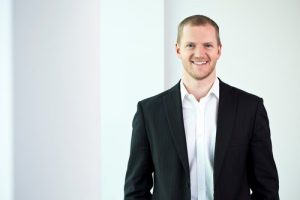 Hobson Leavy is thrilled to announce the appointment of Matt Bolger as Pro Vice-Chancellor of The University of Waikato Management School, commencing 1 August 2020.

Matt is currently General Manager Capital Strategy at Fonterra. He obtained a Bachelor of Science in Business Administration with Honours from Georgetown University in Washington DC before commencing his career with Fonterra, where he spent the last 18 years in a variety of roles of increasing seniority.

Vice-Chancellor Professor Neil Quigley says Matt is known in the New Zealand business community as a dynamic and influential leader and he has a proven track record in strategy and innovation, leading large teams and delivering successful commercial outcomes in a global environment.

“Matt’s appointment is a strong signal to the business community that we are serious about the need to rethink the role and contribution of business schools in New Zealand and to redefine our role in developing the leaders of the future.

“With his commercial background, industry connections and proven ability to innovate in new fields, Matt is well placed to develop deeper connections with business and industry, creating greater engagement and impact and build on our reputation as a business school that sits comfortably amongst the best in the world,” says Professor Quigley.

“It’s a difficult space to find people, several business schools in New Zealand at the moment have vacancies. This position was open for 15-months until we found the right candidate,” Quigley said.

Matt says he is excited by the potential of Waikato Management School to develop future business leaders in what is a significant period of change globally.

“I’m honoured to be chosen to join the team at the University of Waikato. Waikato Management School has a proud history and I’m excited by the potential for students and staff to make an even bigger contribution to Aotearoa New Zealand and the world,” says Matt.

The University of Waikato Management School is heading into a new era with this appointment. Congratulations Matt, you can read more about his appointment here.

Hobson Leavy is pleased to announce the appointment of Matthew Olde into the role of Investment Partner with Rangatira Investments, for …

Hobson Leavy is thrilled to announce the recent appointment of Jo Copeland to the role of General Manager People at Oceania Healthcare, …

Hobson Leavy is pleased to announce the appointment of James Moulder as a Non-Executive Director for Genesis.   James has strong governance …